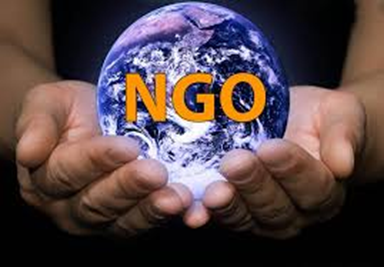 Globalization during the 20th century gave rise to the importance of NGOs throughout the world. Many problems could not be solved by the government or governments of different countries for which NGOs took initiative and did the work that others couldn't finish and are playing a significant role in United Kingdom. International treaties and international organizations such as the World Trade Organization were mainly on the interests of capitalist enterprises. Non-governmental organizations (NGOs) have played a major role in pushing for sustainable development at the international level. Campaigning groups have been key drivers of intergovernmental negotiations, ranging from the regulation of hazardous wastes to a global ban on landmines and the elimination of slavery. NGOs play a very important role in societal development. It brings awareness to issues such an poverty, illiteracy, health hazards, diseases, rights and duties of individuals, animal welfare, etc. NGOs help disseminating this information at large and achieving their goals for a better tomorrow. They bring light to the injustice prevailing in society and try to reach the masses to ask for help through volunteers or donation.

Recruitment within the NGOs are either voluntary or directed depending upon the situation and is currently growing at a moderately higher pace in United Kingdom. We can ensure that individuals will be getting jobs based on their individual merits and credibility as well as ensuring that job recruiters are presented with the resumes best suited in their interest. Our main agenda is to get individuals the exposure they need which they otherwise wouldn't have, we try to make sure that the individuals are seen within the industry by the companies that they are interested to work in and in doing so we expect that their potential will be picked up by these companies. Reaching out to companies within the major cities of United Kingdom is one of the ideals we wish to pursue and hope that our endeavors bring out the prosperity that many of the individuals seek.