Import and Export Industry in UK 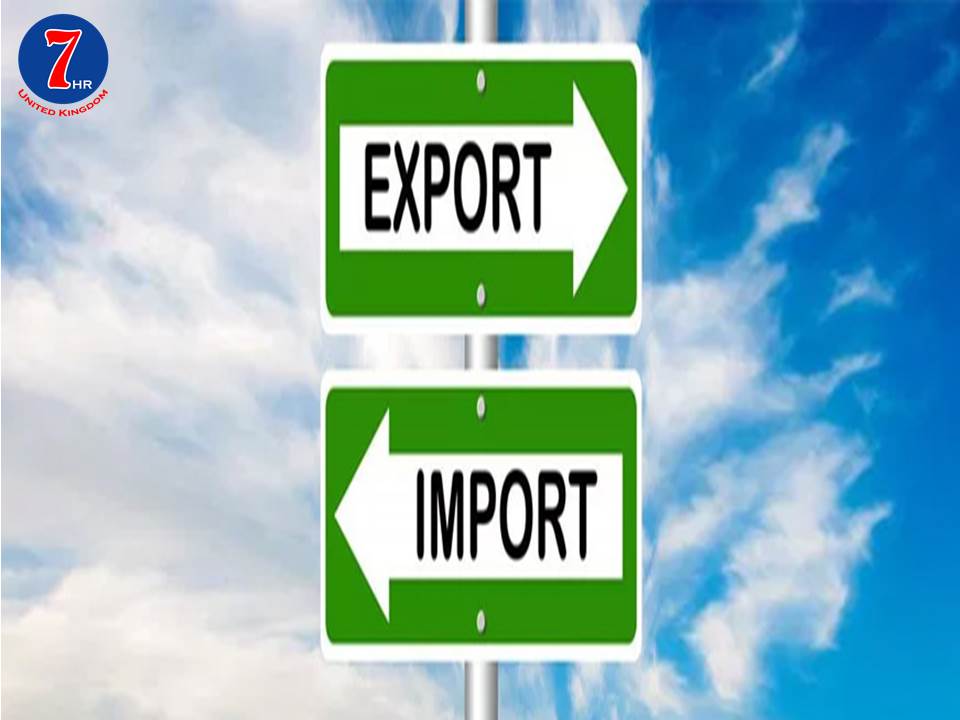 Export in International trade is a good or service produced in one country and bought in another. Export of goods often requires the involvement of customs authorities. An exports reverse counterpart is an import. Many manufacturing firms begin their global expansion as exports and later switch to mode of serving foreign market. Import Export Recruitment Agency in London knows the trade market of London.  Exporting refers to sending of goods and services from country of origin to foreign country as part of exchange. Methods of exporting products, goods or information include mail, hand delivery, air shipping, shipping by vessel, uploading on Internet or downloading from a website. Trade barriers are government laws, regulation policy, or practices that either protect domestic products from foreign competition or stimulate exports of domestic products. Restrictive business practices sometimes have effect that is not regarded as trade barriers. The most common foreign trade barriers are government –imposed measures and policies that restrict, prevent, or impede the international exchange of goods and services. Freight Forwarding Recruitment Agency in London helps the freight companies in hiring candidates from them.
The recruitment agency for import export in UK knows the barriers that are there which a company faces during sending the goods.
An import in the receiving country is an export from the sending country; importation and exportation are the defining financial transactions of international trade. In international trade, the importation and exportation of goods are limited by import quotas, and mandates from the customs authority. The importing and exporting jurisdictions may impose a tariff on the goods. The import and export of goods are subject to trade agreements between the importing and exporting jurisdiction.
Tariff Barriers – A tax that is placed on imported goods by Govt. There are several reasons for it:
1. They wish to restrict the amount of imported goods coming into the country in order to protect or encourage positive trade balance. If country imports more than exports, it will use valuable foreign exchange to pay for goods. Country’s foreign exchange holdings represent direct wealth to country, as foreign exchange leaves the country to pay for imported goods so country becomes poor.
2. They wish to protect local industry from foreign competition. This is done when the industry is young and susceptible to foreign competition. The govt places tax on imported goods that compete with goods being produced by that industry, thus imported goods are more expensive than locally produced goods. The customer buy more of locally produced goods helping the industry grow.  An industry is established with intention to withdraw the tariff so that the local industry can compete normally with foreign competitors.
3. Countries introduce tariffs to generate additional revenues for the country. This is done for luxury goods.
Import Export Recruitment Agency in UK makes sure that the company has hired candidates for the firm who help them get out with the tariff barrier issues.
Non-Tariff Barriers – Any barrier doing business over international borders and that is not tariff barrier is classified as a non-tariff barrier. Various environments that encounter in foreign markets represent barriers in their own right. Non-tariff barriers include:
1. Quotes – Quotas are defined as specific unit applied to a particular type of good. Quotas are quantitative restrictions applied to the import of goods and have effect of either barring goods from market altogether, or increasing the price of goods in market.
2. Licensing requirements – Goods can be imported only if issued with import licensed by authorities. While licensing should hinder export process, country issues limited no. of licenses, or make licensing process impossible or extremely difficult to obtain the license.
3. Sanctions/Embargoes/Boycotts – Sanction, embargoes and boycotts represent absolute prohibition on purchase and import of goods from sanctioned/embargoes/boycotted country.
4. Customs and administrative entry procedures – these procedures may be applied uniformly, are often complex that represent major trade restriction.
5. Standards – This category is described as unduly discriminating health, safety, and quality standards that make it difficult for exporters to comply with these standards, thereby effectively barring them from that market.
6. Government Participation in trade – It is quite common for government to follow discriminatory public purchasing activities as an effective way to lock out international competitors.
7. Charges on imports – Countries apply port of entry taxes or levies on imported goods. Purpose of tax is usually to offset infrastructure costs at a port but such levies often stay in place long after intended purpose has been achieved.
8. Exchange controls – Complete forms of non-tariff barriers, exchange controls represent a govt monopoly on all dealings in foreign exchange. Local firms therefore have to obtain permission to buy the foreign exchange they need to import goods and services and exporters need to pay foreign exchange earnings back to banks within seven days of receiving income.
9. Voluntary Export Restraints – A VER is a voluntary agreement between an importing country and an exporting country that exporting country will restrict the volume of exports of goods. Agreements are voluntary, they are generally agreed to under threat of stiffer quotas or tariffs being applied to the exporting country by the importing country. VERs may sometimes be referred to as orderly marketing agreements.
10. Differing product classification – The classification of a product to various customs product categories will almost certainly impact on duty that is applied to imported goods, exporters may occasionally be frustrated by customs authorities who classify their goods into a category that the exporter does not agree with. This classification may render the goods completely uncompetitive in the market.